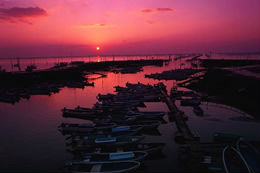 Ariake Sea
Wind down with some fresh seafood in this coastal fishing village on the Ariake Sea. 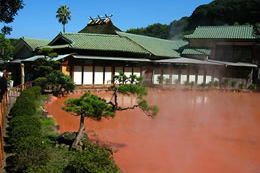 Beppu
One of the most popular hot spring areas, where you can enjoy many types of baths. 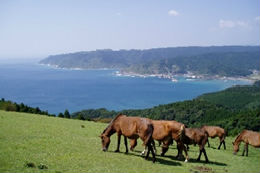 Cape Toi-misaki
In the hills of this area, 225 meters above the sea, wild horses run freely and graze. 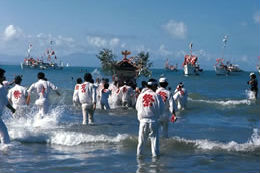 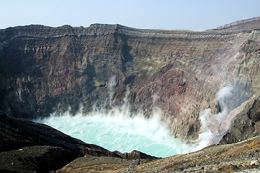 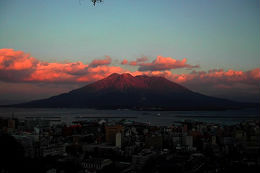 Sakurajima
Overlooking Kagoshima City, Sakurajima is one of the world's most active volcanoes. 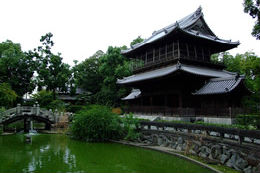 Shofukuji Temple
This is considered to be Japan's oldest Zen temple and belongs to a school of Buddhism. 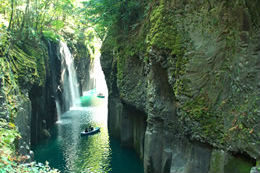 Takachiho-kyo Gorge
Waterfalls cascade from the cliffs within this gorge in Miyazaki.

This primarily mountainous region makes up the westerly most part of the main island of Honshu. The largest city in the region is Hiroshima which is located on the southern coast, known as the 'Seto Naikai'. This area is well known for its relatively dry climate and is home to a number of urban centers. The northerly Sea of Japan coast is rugged and mountainous, and being so close to China and Korea, has a rich history and there are many ancient traditions and customs that reflect these influences.